HomeBlogWhat Should I Do About Bleeding Gums?

What Should I Do About Bleeding Gums?

What Should I Do About Bleeding Gums?

Unless there is an obvious problem, most of us probably do not spend too much time thinking about our oral health. One of the things that should prompt us to start thinking about it is if we develop bleeding gums, say many dentists in Encinitas, California. And it is easy to see why these dental practitioners feel this way. After all, bleeding gums generally go hand-in-hand with periodontal disease, an advanced form of gum disease. In a recent study published by the Centers for Disease Control and Prevention (CDC), researchers found that over 47% of adults aged 30 and older have some form of periodontal disease. In nearly all of those cases, researchers found that bleeding gums precipitated the onset of the disease. 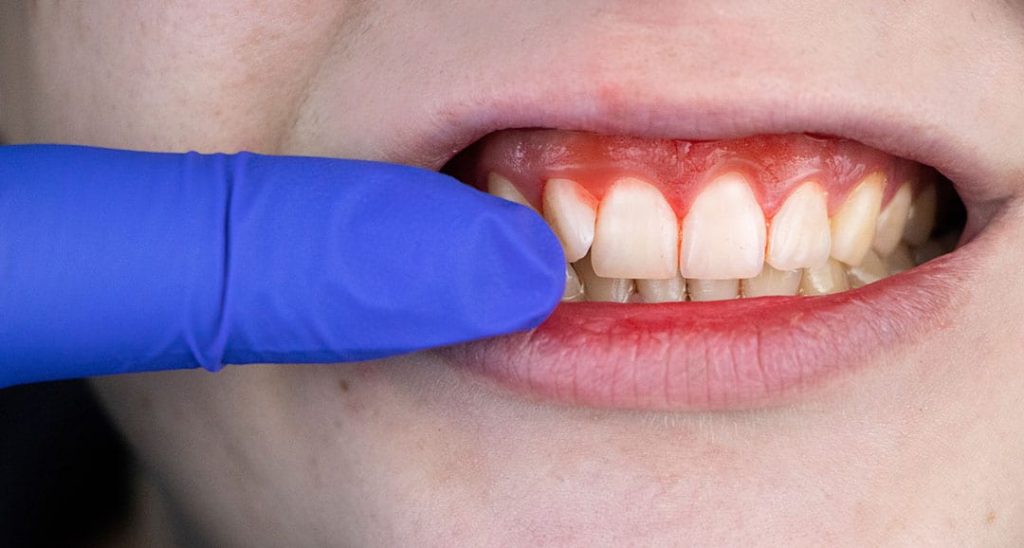 While bleeding gums usually point to periodontal disease, it can also point to other oral health problems, such as gingivitis, a less advanced and reversible form of gum disease. Since we are on the topic, gingivitis is almost as common as periodontal disease, with 3 in 4 American adults living with the condition. Along with gum disease, low vitamin C levels in one’s blood can cause gum bleeding. The same also applies to brushing too aggressively. Given how many things can contribute to bleeding gums, the first step toward resolving the issue should involve scheduling an appointment with a licensed dentist. For those in San Diego County, this could mean seeing a dentist in Del Mar or one in Encinitas, for example.

Of course, if a patient’s bleeding gums stems from aggressive brushing, these same dentists might recommend changing brushing habits. But if gum disease is the culprit, scaling and root planing might be in order, say many Carlsbad dentists.

In summary, putting an end to bleeding gums ultimately comes down to pinpointing what caused them to start bleeding in the first place. Of course, doing so does require the help of a licensed dentist. Bearing that in mind, if you’re struggling with bleeding gums, consider scheduling an appointment with a dentist in Encinitas, Del Mar, Carlsbad, or anywhere in the greater San Diego County area today.

I Have Diabetes. Why Is My Dentist Concerned?